Foods with Plant-Based Proteins that You Can Access Easily

Find out about popular plant-based proteins that can be accessed easily. These foods have heath benefits that will be an excellent addition to your diet.

Plant-based proteins have both immense nutritional and economic benefits. On a global level, plant-based proteins constitute over 60% of the per capita protein in circulation. From this, it may be easy to conclude that plant-based proteins are viable and easy to access. However, as George Orwell remarked in Animal Farm, some animals are more equal than others. Replace “animals” and “equal” with “plant-based” and “common” and you have the full picture of the protein farm, so to speak. 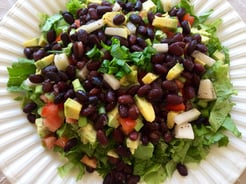 Without further ado, here are some foods with plant-based proteins which you can access easily:

Chickpeas are an intriguing source of plant-based protein. They have been cultivated for over seven thousand years and they exist in various variants. Strictly speaking of consumption, there are dried chickpeas and canned chickpeas, as well as chickpea flour. Over twelve million chickpeas are cultivated annually all over the world and they can be found in many grocery stores and markets.

A household name in the domain of legumes, peanuts have also been cultivated and consumed for centuries due to their high protein content. While proteins make up roughly a quarter of the calorie content of peanuts, consumers should tread with caution as the most pronounced proteins in peanuts can also cause serious reactions in some instances.

Green peas are another source of plant-based proteins that can be accessed with ease. They are low in calories but also have a high protein content and are rich in fibre. For more context, a cup of green peas contains 8.6 grams of protein, which makes up seventeen per cent of the daily value.

Strictly speaking, the almond refers to the tree species and not the more popular and edible seeds. An ounce of almonds contained six grams of protein, with a fair amount of fibre and monounsaturated fats to go with. They are particularly beneficial for heart-related issues and weight management.

Like chickpeas, lentils are legumes and they have been cultivated for thousands of years. They also have a high protein content. Roughly a quarter of the calorie content of lentils is made up of protein, as is the case with peanuts. Lentils can be purchased in cans or in dried form and they are a good blend with various dishes.

Cashew nuts and sesame seeds are also a great source of protein. As a food buyer or distributor looking to meet the protein needs of your vegan customer base you can contact us at KODGAV to meet a smooth and quality-assured delivery of your plant-based goods.

Plant-based foods in high demand - sesame seeds, oats, cashew nuts, peas and soybeans became a much-loved alternative to a healthy and a nutritious...

5 Interesting Plant-Based Foods to Introduce to a Vegan Diet

Here you can find out 5 interesting plant-based foods to introduce to a vegan diet, and the variety of choices in seeds, grains and nuts for a great...