The 3 Main Regions Where Sesame Seeds Come From

We all know sesame, but do we know where sesame seeds come from? Learn about the origin of sesame and the different countries they come from in this blog.

Sesame seeds have also become very popular as an aesthetic on burger buns. But where do sesame seeds come from?

The sesame plant only grows in tropical, subtropical, and southern temperate regions of the world, and they are exported around the world from developing countries such as India, Myanmar, and Sudan. 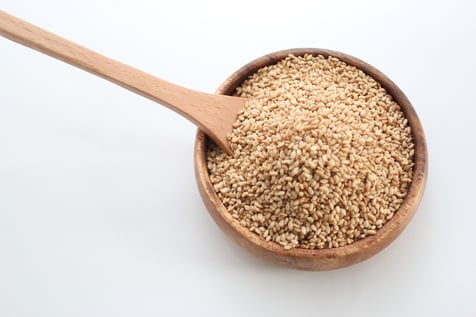 The three main regions where sesame seeds come from are:

In this blog, we will be looking into the details of sesame seed production in each of them.

India is the largest exporter of sesame seeds and the second-largest producer. The sesame plant can be grown in all regions across India as the climate there is favourable for its growth. However, sesame plants are mainly grown in the western, eastern, and south-central areas of India because they are close to the seaports. This also makes transportation costs lower.

It’s also worth noting that sesame seed production is usually done manually, as cost-effective manual labour lower production expenses. That being said, parts of the dehulling process are done with machines.

After the seeds have been harvested and dehulled, the seeds are stored in one-layer plastic-coated bags. Sesame seeds absorb moisture easily, so materials that repel moisture need to be used to store it. Other storage alternatives include propylene bags and sealed, corrugated cartons. Learn the difference between white and black sesame seeds.

Sesame seeds can grow all year round in Myanmar, and they make up a huge part of the local diet. They have been cultivated in this region for a long time with records of sesame seed production in Myanmar dating as far back as 1044AD.

The sesame seed plant is mainly grown in the lowland middle regions of Myanmar. This area is dry and receives the least amount of rainfall, which are apt conditions for the development of the sesame plant.

Myanmar also shares 15% of the global sesame trade. It is becoming more popular in global trade as it is free from any dust, dirt, or any other kind of impurity such as pesticides. Efforts are being made to increase the yearly export rate of sesame seeds and 33 private companies currently export sesame seeds from Myanmar.

In 2015, Sudan was the second-largest exporter of sesame seeds. The first was and still is India. At the time, their sesame seed exports accounted for 13% of the global share, yet, the production of sesame seeds in Sudan is fraught with challenges.

Production rates are unstable and unpredictable due to fluctuations in annual production. These fluctuations are due to unpredictable weather conditions, lack of policies, and lack of suitable infrastructure. Only 47% of sesame seed farming is done manually, and 53% is mechanised. Additionally, some parts of Sudan are known to use labour from neighbouring countries such as Ethiopia during the harvest season.

Sesame seeds are also very resilient, and they can survive in times of drought. This is because of their wide network of roots. They also grow in all types of soil and can even improve soil quality. These qualities make it a farmer's favourite in Sudan and other sesame seed growing countries.

So, where do sesame seeds come from? They come from the dried sesame fruit cultivated in developing countries across Asia & Africa by hard-working farmers.

A Guide to the Difference Between Black and White Sesame Seeds

Sesame seeds have been around for centuries but is there a difference between black and white sesame seeds?

Ever wondered the differences between hulled and unhulled sesame seeds? This app contains all you need to know.

Where Do Sesame Seeds Come From?

Ever wondered where do sesame seeds come from? They are nutritious and you can find out all you need to know about the origin of sesame in this blog...