No diet is truly complete without the inclusion of a substantial amount of plant-based foods. Plant-based foods include cereals, seeds, nuts and legumes, as well as fruits and vegetables, and these foods are scarcely ever in short supply, globally.

According to research conducted, the plant-based food market yielded a whopping five billion dollars in the year 2019. This interesting spike in the popularity of plant-based foods has been accompanied by a relative decrease in the sales of animal foods. This may be attributed to the lower cost of plant-based foods, as well as research spanning years that has disclosed the apparently unhealthy nature of consuming animal foods in excess.

Among the bunch, there are products that are generally in more demand than others. They stand out for various reasons, ranging from their host of nutritional benefits to their viability. 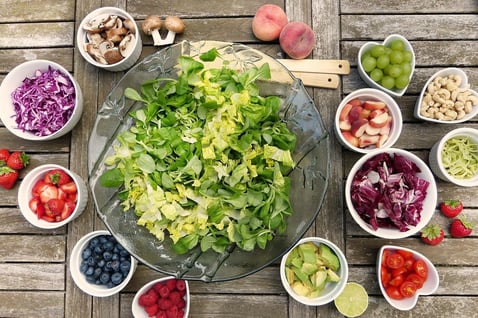 Sesame seeds are the tiny oil-rich seeds derived from the sesame plant which grows in tropical and subtropical areas of Africa, Asia and Europe. Sesame seeds are a great source of plant protein and have immense health benefits, they help to lower cholesterol and are a good source of Vitamin B.

In the year 2019, roughly 132,000 tonnes of sesame seeds arrived in the EU. Globally, the sesame seeds market has also been projected to hit approximately 18 billion dollars by 2025.

Oats are another plant-based food that has seen a real increase in demand over the past few years. They are commonly consumed either as oatmeal or oat milk, with the latter made particularly important in an effort to transition from milk sourced from cows. Beyond these uses for oats, manufacturers are making efforts to generate even more. Pending the arrival of these new uses, oat milk remains one of the most viable products from plant-based food.

In recent years, the global demand for cashew nuts has also been on the rise. The global trade in raw cashew cuts exceeded two billion kilograms in 2018, a far cry from where it was at the start of the millennium. Given the massive amount of cashews grown in Africa and the level of consumption in Europe, the demand for cashew nuts will continue to be on the rise for a while longer.

Peas are yet another plant-based food experiencing high demand, especially with regard to their alternative uses. For instance, there are substitutes to tofu made from peas, and there are also alternatives to traditional milk in the form of pea milk.

The global soybean market is currently in good standing and is projected to grow significantly by the year 2026. Shifts to soybeans and their by-products can be attributed, at least partly, to the increased popularity and practice of veganism, especially in North America and Europe. Soybean oil is a notable by-product.

Check out this article on plant-based proteins to introduce a new vegan diet.

Explore what nutrients found in sesame seeds can support a good level of saturated fat, protein, calcium, magnesium, and iron in your diet.

5 Interesting Plant-Based Foods to Introduce to a Vegan Diet

Here you can find out 5 interesting plant-based foods to introduce to a vegan diet, and the variety of choices in seeds, grains and nuts for a great...

Plant-based protein powder is a healthy, delicious and nutritious way to add proteins to your diet. Learn more about the health benefits in this blog.